27 replies to this topic

The sequel to 2007's "Ghost Rider" has been in development flux for some time now — even leading some of the film's stars to wonder if the follow-up is even happening at all — but apparently, no one mentioned this to Nic Cage.

In an interview with MTV News, Cage — who has been garnering much press with the recent announcement that he'd be joining the cast of "Kick-Ass" – talked about "Ghost Rider 2," and if you're to believe him, the film is most certainly going to happen — and it'll have some help from a higher power. "There have been talks and good ones with where to go with the character," explained Cage. "It looks like it will take place in Europe and the character will work with the [Catholic] Church. It'll be a completely new experience. It's exciting."

While the film is still in its very early stages — no major "official" announcements have been made — Cage was happy to share with MTV everything he knew so far about the next adventures of Johnny Blaze — a former stuntman who, after a deal with Mephistopheles, becomes the vengeance-seeking Ghost Rider. "It hasn't progressed to [who the next villain will be] yet to be able to say, but I do know it will be shot in Europe and there will be some sort of connection working with different religious figures," he hinted.

During an interview for his new action bonanza Bangkok Dangerous, Oscar-winner and perennial strange-on-screen-hairdo connoisseur Nicolas Cage let slip about a few of his upcoming comic book films.

First up, he discussed a sequel to last year's Columbia Pictures and Marvel release, Ghost Rider.

Cage: Yes, actually, had a nice meeting with the studio about 3-months ago, and we talked about going international with that character. Taking him into Europe, having him go on a motorcycle tour through Europe, and he's connected with the church, if you can believe that. So it sort of has elements to it that are very much in the zeitgeist, with "The Da Vinci Code" and things like that. 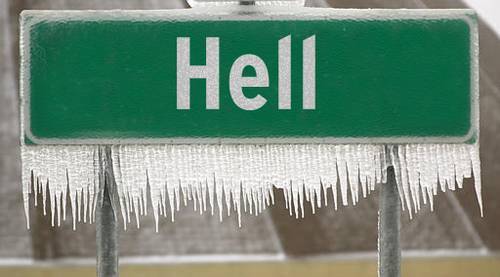 Ghost Rider 2: the secret of the jellybeans?

BD Horror News - Nicolas Cage Attached to 'Ghost Rider' Sequel
It's pretty shocking that it has taken this long for a sequel to get a move on, but finally Columbia Pictures is gearing up for GHOST RIDER 2, the sequel to the smash-hit comic book adaptation from 2007 that saw Nicolas Cage as a stunt motorcyclist Johnny Blaze who gives up his soul to become a hellblazing vigilante, to fight against power hungry Blackheart, the son of the devil himself.
What we learned this evening is that Columbia Pictures is officially out to writers to pen the sequel and that Nicolas Cage is in fact attached and signed on to return.

Variety is reporting that Columbia Pictures is moving forward with a sequel to Ghost Rider.

David Goyer is in early talks to create the story and supervise writers for a film expected to once again star Nicolas Cage.

The trade adds that plans are under way to base the sequel on a script written years ago by Goyer (The Dark Knight, "Blade" franchise"). The original Ghost Rider was written by director Mark Steven Johnson.

The second installment will be produced by Avi Arad, Michael De Luca and Steven Paul, with Gary Foster serving as executive producer.

Nicolas Cage wanted to be in a superhero movie so badly that he decided to do Ghost Rider, a character who works better as a biker tattoo than a protagonist. But Columbia Pictures wants a sequel and Vulture reports that if Cage cant make it this year, theyll go ahead without him. Why leave the actor behind? Because the if the studio cant get a film in production by November 14th, the rights automatically revert to Marvel and its new owner, Disney.

The issue is that Cage may opt to do National Treasure 3, which could shoot as early as the fall and possibly net the actor a larger paycheck. But Vulture notes that Columbia wants a blockbuster for 2011 and their Spider-Man reboot isnt slated to hit theaters until summer 2012. The studio needs a star like Cage to sell the movie worldwide due to the characters lack of name-recognition. But they also need to get the film rolling and soon. Hit the jump for more details about the project from when Steve spoke to producer Mike De Luca back in January.

- Mark Steven Johnson is not directing the sequel

- Eva Mendes will not return as Roxanne Simpson

- The film is going to take place in Europe

- Says Goyer has just delivered his updated outline to the studio

Obviously, some of these facts have changed in the months following Steves interview. The question now is urgency and all of these facts may change in the rush to get Ghost Rider 2 in front of cameras.

Last month it was reported that Mark Neveldine and Brian Taylor, the mad men behind the two Crank films, were negotiating to make a Ghost Rider sequel, tentatively titled Ghost Rider: The Spirit of Vengeance. At the time we weren't sure that Nicolas Cage would return, and it wasn't a definite that Neveldine/Taylor were chips in. We now know the answer to both questions.

Appearing on The Late, Late Show with Craig Ferguson, Nicolas Cage confirmed that not only have Neveldine and Taylor signed on to direct, but he just signed a deal this week to reprise his role as Johnny Blaze, the stunt cyclist who can turn into a demon of vengeance whose head is a flaming skull.

The script story is by David Goyer, and last we heard Scott Gimple and Seth Hoffman (Flash Forward) had turned in a draft of a script. We assume that Neveldine and Taylor will rewrite the script, as the duo have comic book movie backgrounds and usually are heavily involved in the writing/development of their projects. I'm sure we can also expect the movie to be filmed and distributed in 3D.