204 replies to this topic

MEGAFAULT, The Asylums biggest film to date and our first original production for the Sci Fi Channel has wrapped principal photography in Iowa.

This film will premiere on Sci Fi in the Fall and will be released on DVD shortly thereafter.

Later this year we'll be getting the Guy Ritchie directed Sherlock Holmes with Robert Downey Jr. as a more caddish, bumbling, action-oriented world's greatest detective than we're used to seeing.. Opinions have already been quite mixed on this new action-comedy Hollywood take on the usually sophisticated and literate Sir Arthur Conan Doyle creation. What will the purists say when they find out The Asylum is getting into the Sherlock Holmes game?
Production has already begun on The Asylum's Sherlock Holmes starring Gareth David-Lloyd of "Torchwood" and Dominic Keating of "Star Trek: Enterprise" with a January 27th, 2010 DVD release date already set for the film's release. So what great mystery will The Asylum have Holmes unravel? Probably the mystery of how he went from being the world's most famous detective to a Van Helsing-style monster fighter. At least that's what the one sentence plot synopsis makes it sound like.

Sherlock Holmes, monster slayer. Who wants another snooty Sherlock Holmes mystery when you can have him and Dr. Watson make like Buffy and Angel? Maybe they can take it a step further and have Holmes' cocaine habit affect him in much the same way as Popeye's spinach.

Better yet, if these enormous monsters are Godzilla-sized, have his pipe double as a Beta Capsule that can transform Holmes into a giant-sized "Ultra Sherlock" with three minutes to use his powers of deduction to outwit the monsters before London's fog drains his powers. I'd be all over that.

I look forward to The Asylum eventually delving into Agatha Christie territory with their own version of Murder on the Orient Express. Spoiler: The Orient Express did it. The train was actually a killer Transmorpher in disguise.

A family moves into the mansion to act as caretakers, but when a malevolent force abducts their daughter they discover why the house deserves its reputation as one of the most haunted places in America.

After a woman kills her abusive husband in self-defense, she is condemned to house arrest... only to discover that the house is possessed by the enraged and violent spirit of her dead husband.

When a star in a nearby galaxy becomes unstable and goes supernova, an astrophysicist puts together a dangerous and desperate plan to sheild the Earth from the destructive burst of radiation heading toward it.

A seismologist and a miner must stop a massive earthquake that threatens to tear the world in half.

Based on the novel by Edgar Rice Burroughs,' a US soldier finds himself inexplicably transported to Mars in the midst of a war between two alien races.

If you haven't already seen it on MTV.com, the trailer for our Syfy Original film MEGAFAULT, starring Brittany Murphy (pictured) is now online. Watch it here now.

But more importantly, watch the movie on Syfy on Saturday, October 10, 2009 or else the world may possibly end 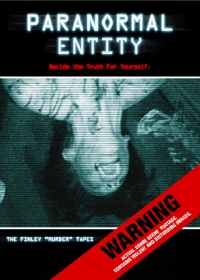 Synopsis: Actual found videotape footage of the 2008 "murders" of the Finley family.

No footage yet, but this one's getting fast tracked. Paranormal Entity will street on 29 December, 2009.

Back to Filmer: Spoilers